How David Bowie Predicted the Rise of the Internet 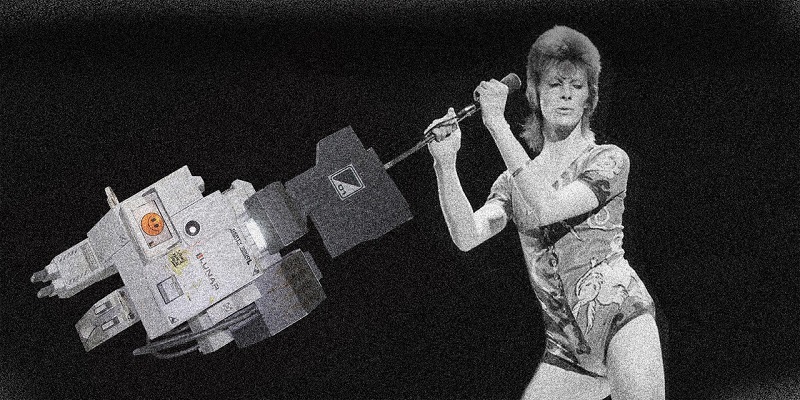 Ziggy Stardust, Aladdin Sane, or the Thin White Duke – whichever alter ego you remember him best for, the man behind the makeup has died, leaving behind a legacy that stretches decades and genres. David Bowie was an ever-evolving and entirely unknowable musical force. A singer/songwriter and a cultural clairvoyant who predicted – all the way back in 1998 – that the music industry would be disrupted by the internet. And how right he was.

It only makes sense that a man with a musical career that was always one step ahead would be so eerily on point about the internet’s powers. Let’s take a look at some of Bowie’s early forays into the World Wide Web.

BowieNet – an early version of MySpace

Back in 1998, David Bowie launched his own internet service provider called BowieNet, well before most musicians had even gotten their head around the intricacies of the internet. BowieNet connected fans with his ever-growing archive of videos, interviews and photographs, and allowed them to download tracks and view footage from his tours. Users could chat with each other, chat with Bowie even, and share with one another their personal websites.

To prove he really understood the collaborative power of the internet, in 1999 he asked fans to send in lyrics to help him write a song. He received 80,000 responses and the track became the first “cyber-song”. Fans were then invited to watch the track being recorded via a live webcast, a phenomenon that’s really only gaining traction right now.

At a time when most other musicians’ websites were simple pages with a bit of text and a couple of static photos, Bowie was showing the world how the internet could be a powerful marketing tool to spread the word of, and share the love for, his music.

The internet – too big to ignore

In the early 2000s, Bowie was confident that the traditional models of record labels and music distribution would undergo a big change within the next decade. He even questioned if he’d want to be signed to a record label because “…the absolute transformation of everything that we ever thought about music will take place…and nothing is going to be able to stop it”.

Fast forward 16 years, and look at the power of Spotify and SoundCloud. We no longer own an entire album, but instead stream and share songs, and even carry them around with us. The days of buying a CD from the local HMV are but a distant memory, and musicians can get their big break from a YouTube clip.

His parting gift to the music world

Blackstar, Bowie’s last album and “parting gift”, has shot to the top of the iTunes chart since his death, alongside many of his greatest hits from his varied career. Spotify says streams of his music were up 2700% on Monday. While Bowie might have predicted how the internet would change the way we consume music, he might never have guessed just how much we’d enjoy his.