How Will Google’s Latest Core Update Affect Your SEO? 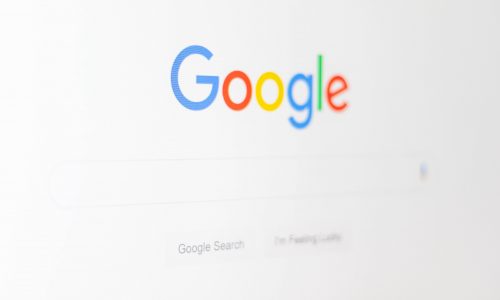 If you’re familiar with the basics of online marketing, you’ll understand the importance of Google Search in your journey to digital success. Every element of your website, from the content to the design, has the potential to rank well if it fits neatly into Google Search’s algorithms. So, what happens when Google goes and changes the way it works? Following the June 2019 Core Update, we take a look at what these changes might mean for your SEO.

What is a core update?

The Google algorithms are updated all the time, which is why successful SEO requires frequent monitoring and changes. Core updates are those that have no single specific focus; rather they implement subtle changes to the ranking system Google Search applies to bring users the top results. They are about improving the ability of Google’s algorithms to connect search queries with useful site pages. Unlike past updates, which focussed on a single area such as content quality, a core update is a broad overview of the way Google prioritises search results. Depending on the size of the updates it can take anywhere from a day to a week before the roll out is complete.

Why is the June 2019 Core Update significant?

The most recent core update began on June 3rd and was expected to take at least a week to fully roll out. The main difference to previous updates was that Google pre-announced this update the day before, leading many to believe it would be a big deal. On the contrary, Google’s Danny Sullivan noted the decision to announce the update early was to be proactive and keep everyone in the loop.

The June 2019 Core Update is essentially the same as previous updates by Google, despite the fact it’s the first core update to be pre-announced. It will change the way Google prioritises ranking factors to make sure the most user-friendly results reach the top. In other words, the weighting of something like your main heading may be higher than it was before. Or it might be more important to have a secure site URL (https://). As usual, Google does not announce the exact changes being made and expects this core update to only have minor effects on most SEO campaigns.

Tomorrow, we are releasing a broad core algorithm update, as we do several times per year. It is called the June 2019 Core Update. Our guidance about such updates remains as we’ve covered before. Please see this tweet for more about that:https://t.co/tmfQkhdjPL

How do you solidify your SEO after the update?

As far as SEO goes, there’s no one answer or magic spell to take you to the top. Instead there are a series of factors which will help Google recognise your website as a trustworthy, relevant source for particular search queries. Following a core update the best thing you can do is to go back to the essential tenets of SEO, including:

Another option is to re-assess your competitors, especially those now ranking on page one. How are they different to your site? What can you improve to become more relevant for these keywords? When Google talks about there being nothing to ‘fix’ it’s because there is nothing objectively wrong with your site. What has changed is how Google assesses relevancy and by solidifying your ranking factors you can reinform Google that your site is the most useful to users.

Find out the secrets to successful SEO

SEO is a science; with proper research, testing and execution you can reach the first page of organic search results. But without prior knowledge of how it works, it can be easy to get confused. With search engine experts on your team you can struggle less with SEO and free up valuable time to run your business. At Webcentral we’ve helped countless businesses reach their goals and gain brand awareness through targeted SEO strategies. Speak to our consultants on 1300 663 995 to learn more.